As a concerned citizen, I am interested in the many issues facing our country. One issue that has been on my mind is racism and its impact on employment. In this blog post, I hope to explore the topic of race and how it relates to your job prospects.

Racism continues to be an issue across America despite efforts from people all over the country trying to stop it. Unfortunately, the unfortunate truth is that there are still racist individuals who will discriminate against you because of your skin color or ethnicity, which may affect whether you get hired for a particular job or not. This can be frustrating and challenging for those hoping for a new opportunity in their lives but have found themselves unable to obtain one due to their race.

The U.S. is a nation of diversity, with people from all walks of life living in this country. However, the issue of race has been one that has persisted for centuries and remains an issue today, especially when it comes to employment opportunities and workplace discrimination. Although there are laws in place to protect individuals against such practices, racism continues to be an underlying factor impacting many jobs seekers’ ability to secure employment opportunities within their chosen field or at all. The following discusses some key points related to the struggle African-Americans face in retaining employment due to racial profiling and how these issues can be addressed through legal means and other effective strategies in combating workplace discrimination.

A person’s race is one of the last things employers should consider when hiring, but due to prejudices and stereotypes that are still prevalent in society, it often becomes a deciding factor. Many people who consider themselves “color blind” are just ignoring their own biases against certain races. When an employer considers factors like race during the hiring process, they could violate Title VII of the Civil Rights Act of 1964 by discriminating against potential employees based on their skin color. This type of discrimination can lead to lawsuits for businesses if former employees come forward with evidence about how they were not hired or fired because of their race. The EEOC has strict guidelines for racial discrimination within the workplace and will investigate any claims made by current or former employees.

The impact of structural racism in employment

In a world where many employees are concerned with their bottom line, it can be easy to look past the bigger picture and focus on what will bring in the most money today. However, there are times when even those who work for themselves must consider how business practices will affect them in the future. For example, suppose an employer lets go of all their black employees because they believe that white people make better workers than black people do. In that case, they may see an increase in profits initially, but it could lead to legal issues down the road and damage to their reputation and overall company morale.

With the United States having such a diverse population, it is not surprising that there are many different opinions about race and how we should handle race matters. While some believe that racism no longer exists and people who claim to be victims of racism are “playing the victim,” others feel we have come a long way but still need to make further progress to see true equality. In America today, there are increasing reports from African-Americans saying they have been discriminated against while trying to obtain employment. 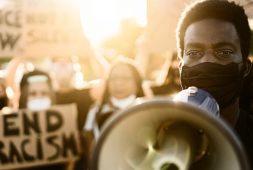 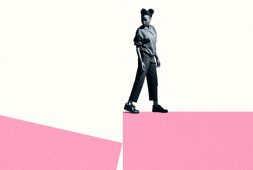